What are the reasons for the rise in the price of housing? 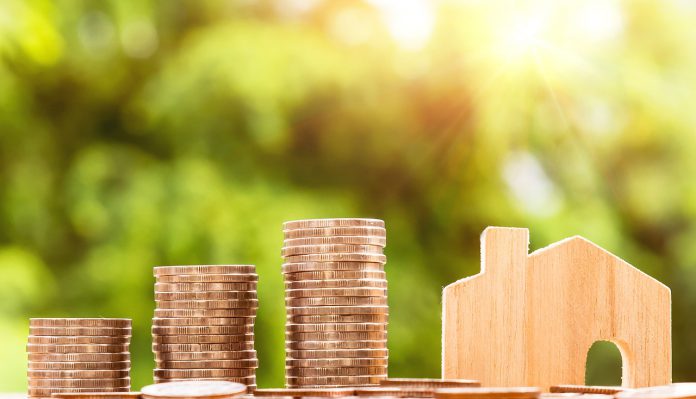 The fear of a new bubble in the real estate sector is becoming more and more present. The escalation of prices in the sale and rent seems unstoppable. Annual increases of more than 20% in many areas of Madrid are triggering all alarms. Experts warn; The 2007 levels have not yet been reached, but we are getting dangerously close.

At the same time, many people wonder if we have not learned anything. However, the situation is quite different from the situation before the crisis. Spain and the world have completely changed. Also the behavior of the financial sector, which no longer offers financing as easily as before.

Perhaps the first thing we have to emphasize is that the price increases are very localized in large cities and specific areas. According to the latest TINSA report, in 15 Spanish provinces - all of the interior provinces except Girona and Lugo - the price of housing has fallen since last year. If we take into account provincial capitals, the percentage is even slightly higher. 17 capitals (and other large cities such as Vigo) have seen the value of their homes decline. Within them stands Zaragoza, the fifth most populated city in the country.

In front of them, Madrid, Barcelona, ​​Palma de Mallorca, Logroño and Pamplona have rises above 10%. Seville, Granada, Valencia, Cádiz and Vitoria have increases of between 7 and 9%. We are attending a real estate Spain that is going at two speeds and even going backwards. A situation very different from that of 2007, when the rise was uniform.

The financial crisis is, curiously, another of the reasons behind this price increase. Investors have preferred to invest in housing due to their lower risk and good profitability. More and more people buy flats to rent them and this translates into an increase in prices for both the sale and the rent.

According to Jorge Ripol, director of Studies Services of Tinsa, "the rent is the new Preferred destination of the investment ". To this we must add the macroeconomic stability that we have had since 2013, with a continued increase in GDP, which has favored foreign investment. Investors have focused on the areas where it is easier to rent: the coast and large cities.

One of the sectors that has grown the most has been the Latin American investor, especially the Venezuelan, who after the difficult situation in his country he has opted to buy housing and rent it in Spain. A secure investment that provides stable and recurring income.

Before the financial crisis, the investor seeking a safe value used Treasury Bonds. Currently, housing has taken that place.

The increase in tourism

Since 2007 tourism in Spain has grown exponentially. The reasons have been varied: from the increase of low cost airlines and flights to our country to the political changes in the Mediterranean. The Arab Spring has made destinations that traditionally got many tourists such as Egypt or Tunisia have fallen. The Islamist attacks have also affected Turkey. Much of that tourism has been redirected to Spain, because it is a perceived destination as much safer, says Juan Pedro Caro, CEO of Templo Consulting.

At the same time, platforms such as AirBnb have been growing. Juan Pedro Caro emphasizes that, although the macroeconomic data have risen, the rise does not correspond with that of the purchasing power. This has made many individuals have rented their apartments in AirBnb to achieve greater profitability.While the Spanish municipalities do not implement real and effective measures of control in the style of those of Berlin and San Francisco, the rise will not stop.

Students, a safe bet for rent

On the other hand, the director of Templo Consulting highlights that Spain is the country that receives the most foreign students from all over Europe and one of the main ones in the world, after the United States. Thanks to the ERASMUS and other international scholarships, the demand for rental flats is constant in the large university cities.

Granada, Seville, Madrid, Valencia and Barcelona are the places with the most foreign students. In all of them, the sale prices of the purchase as an investment have risen significantly. Seville and Valencia are, in fact, the cities where most rent to buy a house for rent.

Keep in mind that students will keep coming and will need places to live. In many cases, they come from countries with high purchasing power, so they are willing to pay more than a national student.

All these reasons add up and bring the price of the house closer to its maximum in the big cities. By not affecting small populations, non-tourist cities or those that do not have a high percentage of university population, we see that it is not a uniform increase.

Housing is rising in certain areas and , it will probably go down again, but as long as the high rental demand continues and the tourist flats are not regulated, this price escalation will not stop.